That crash was the first ever of a wide-body aircraft and one of the most horrific airline crashes in the history of the United States.  So, what happened?

After an intense investigation, analyzing the components of the aircraft, the researchers were shocked to discover that all the vital functions and parts of the plane were in perfect working condition.  This discovery led to a deeper question.  What exactly went wrong?

The Lockheed jet was preparing to land when the first officer Albert Stockstill noticed that the landing gear indicator light, was not lighting up.  This particular little green light was designed to signal that the nose gear was locked down.  Even though the light wasn’t working properly, the nose was locked.   In other words, the problem was the indicator light, not the actual gear function.

While the officers were intensely focused on the gear indicator, they failed to notice that the autopilot had had been deactivated until it was too late.

Here is an exact excerpt from the Aviation Safety Network: “Preoccupation with a malfunction of the nose landing gear position indicating system distracted the crew’s attention from the instruments and allowed the descent to go unnoticed.”

Long story short, the nose gear did not cause the crash.  The officers losing sight of the altitude of the plane caused the disaster. 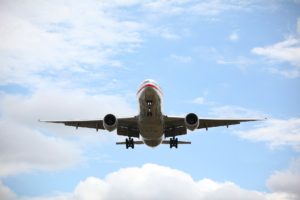 Did you know that millions of people in the US make New Year’s resolutions each year.  They say nearly 65% of all adult Americans make resolutions on a yearly basis but only a small fraction of them manage to keep them.  According to U.S. News & World Report, 80 percent of New Year’s resolutions fail by the second week of February and only 8% actually accomplish the goal they set forth.

Why? In today’s world, our firm belief is that we allow ourselves to become too distracted, just like Eastern Air Lines Flight 401 did.  We get sidetracked and allow our descent to go unnoticed.

It is time to simplify your life and work by narrowing your focus area to just one outcome you want to achieve for the year (or your desired timeframe).  By living for just one outcome, you’ll find simplicity in approaching your goals and resolutions, and it will ultimately help you minimize all of the distractions.

It’s time for you to stop being in the 92% of people that fail with their goals each year and it is finally your turn to jump into the 8% by narrowing your focus to just one outcome with a few simple daily disciplines.  Don’t wait, your success and your future depend on what you do today.