1964: If you like psychology, you’ve probably heard the name Kitty Genovese.  In 1964 she was raped and stabbed to death in front of her apartment complex and the attack lasted over 30 minutes and was witnessed by several dozen people who failed to report the incident.

2009: October 24th, 2009, as many as 20 witnesses watched as a 15 year old girl was brutally assaulted and raped outside a homecoming dance in Richmond, CA. The viciousness of the attack was shocking, but what was even more shocking was the fact that so many people witnessed the attack and yet failed to intervene or call police.

The Surface Level Question: Why did so many people fail to report these issues?

The Answer: Because they assumed that someone else had already taken care of it.

Psychology’s Why: How is it possible that people could just stand by and watch something this horrible happen to young, innocent girls? Social psychological research on the bystander effect may point us to the answer.  Meaning, perhaps there were too many eyewitnesses present. The bystander effect refers to the fact that people are less likely to offer help when they are in a group than when they are alone.

Maximize Value’s Why: Have you ever heard of something called the diffusion of responsibility? In this scenario, it means that even if people recognize that they are witnessing a crime, they may still fail to intervene if they do not take personal responsibility for helping the victim. The problem is that the more bystanders there are, the less responsible each individual feels. 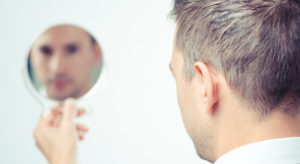 Execution Item: Start looking in the mirror and taking ownership for your own development. Stop diffusing responsibility. The future of your family is on the line. You were created for greatness, don’t settle for anything less!